Jikiden Reiki is Authentic Japanese Reiki with its cultural and spiritual roots intact… With nothing added or left out.
The original teachings of Mikao Usui that were directly taught and passed down to Dr. Chujiro Hayashi and on to the Yamaguchi family… Treatment methods and techniques that remain at the heart of Jikiden Reiki because they are so effective. 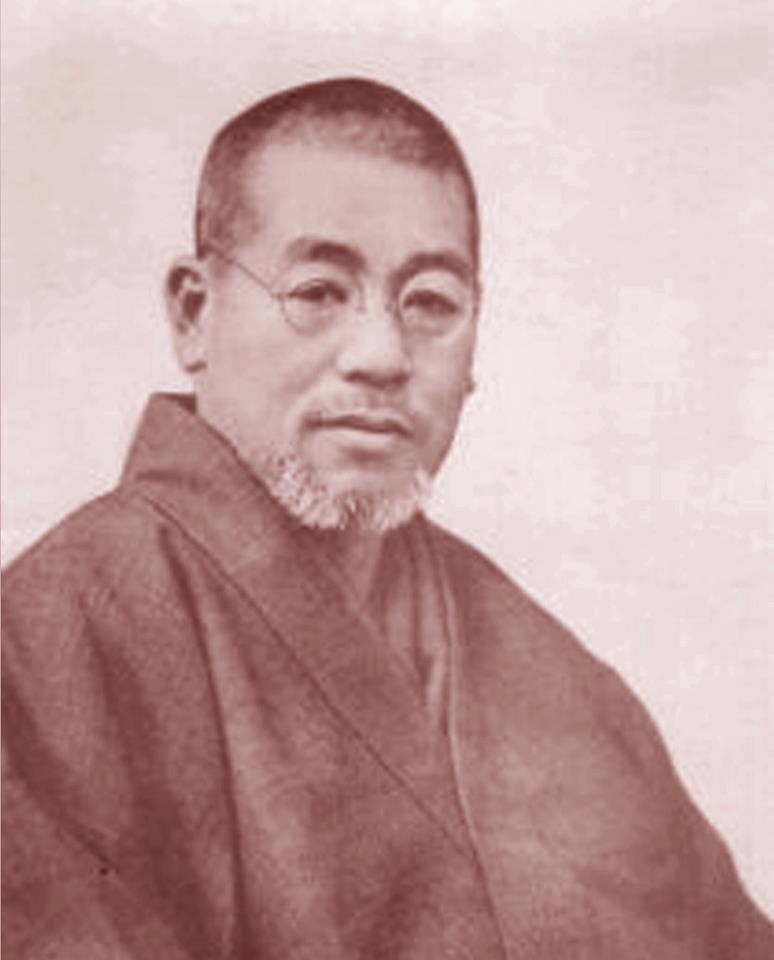 15 August 1865 – 9 March 1926
The Founder of Reiki
To carry on his work and to keep Reiki alive, Usui Sensei* created 20 Shihans = Teachers, by 26th January 1926
Sadly, the “Usui Reiki Ryoho Gakkai” a study Institute and treatment centre that Usui sensei set up, closed it’s doors to the public shortly after he died.  Political changes in 1920’s Japan, outlawed any form of Spiritual healing, unless it was within a religious group… only those with a medical license were permitted to “heal” people. 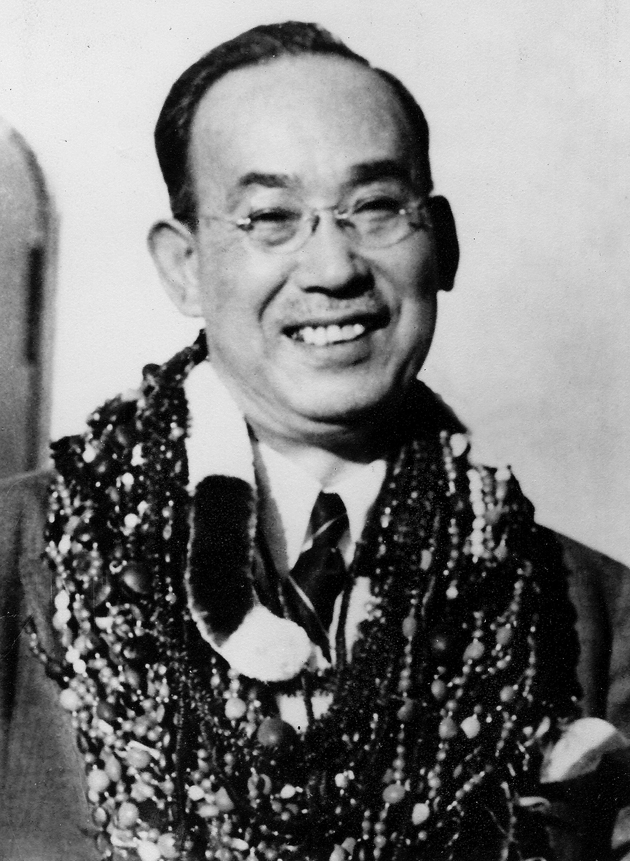 15 September 1879 – 11 May 1940
A Qualified Medical Doctor who became a full Shihan in 1925
Fortunately for the rest of the world, Hayashi Sensei opened his own treatment centre in Tokyo, with the blessing of Usui Sensei, some time before he died… He later founded the Hayashi Reiki Kenkyukai (Institute), which grew rapidly due to his medical status. 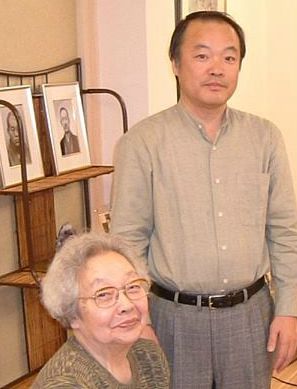 18 December 1921 – 19 August 2003
Chiyoko Sensei first learnt Reiki at 17 in 1938, it was a wedding gift.
She then raised her 4 children using only the healing energy methods of Reiki.  For the next 65 years of her life, Chiyoko Sensei practiced Reiki daily… giving treatments and teaching people in a quiet way… in her family home.
When requested to bring this pure style of Reiki back to the world, Chiyoko Sensei and her eldest son, Tadao Yamaguchi, founded the Jikiden Reiki Kenkyukai (Institute). 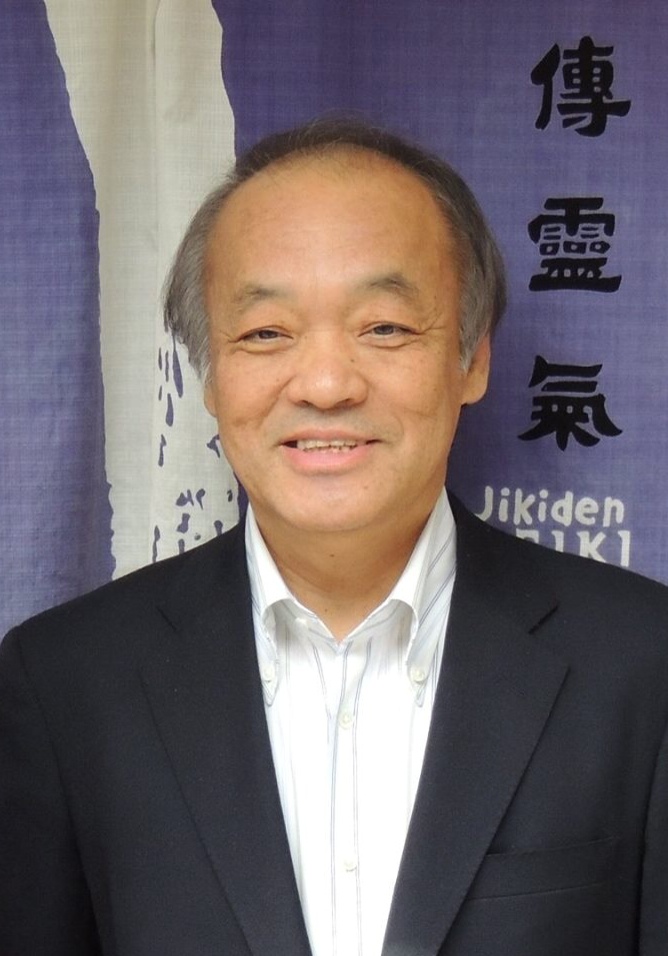 28 November 1952 –
Tadao Sensei started giving Reiki treatments with his Mother at the age of 15 and now shares this knowledge with the world.  His love and deep respect for Reiki shines through and it is what has helped Jikiden Reiki spread over every continent of our world today.
President of the Jikiden Reiki Kenkyukai (Institute). 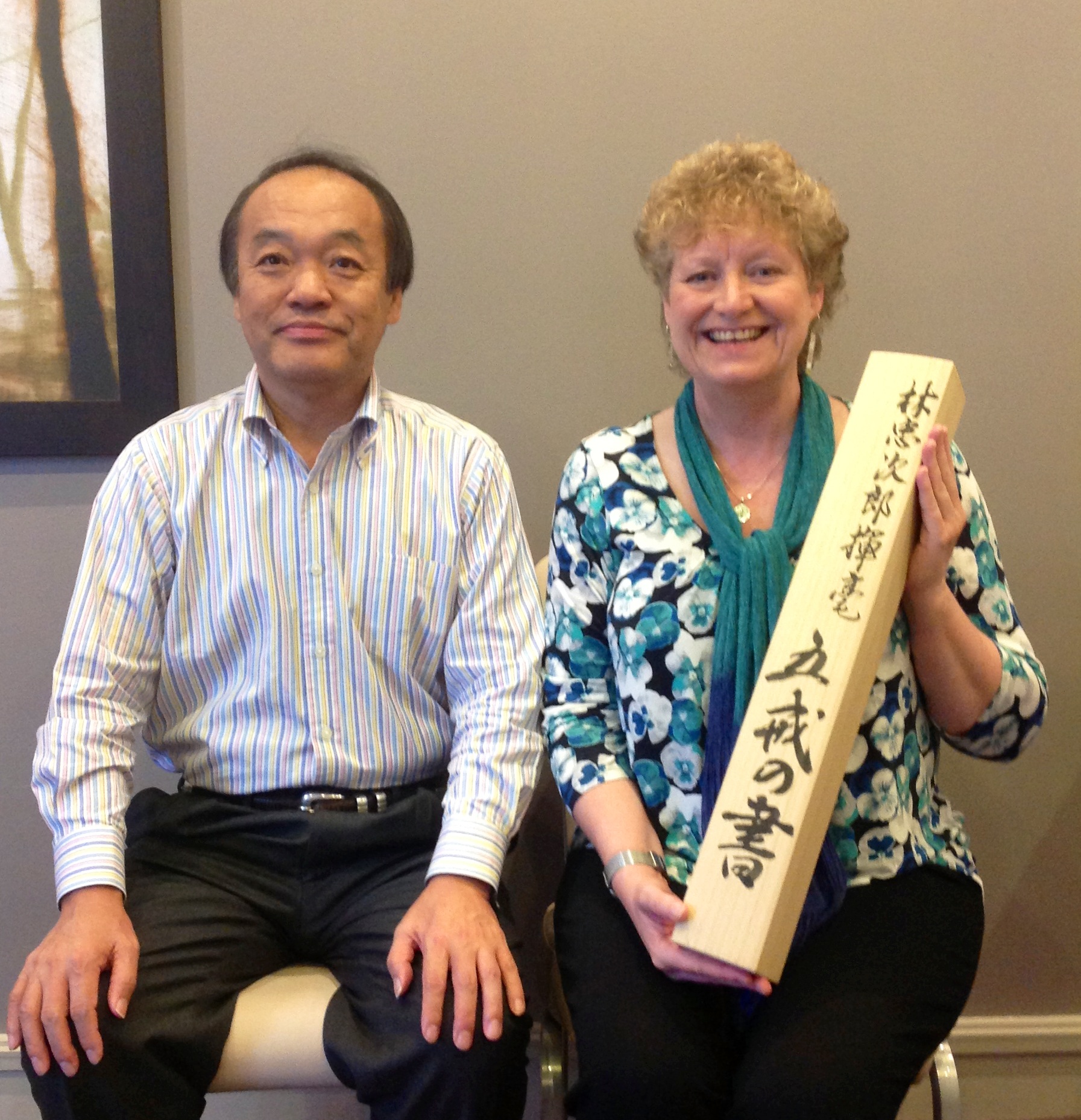 with Debbie-Ann Champion… This is the day I became a Full Shihan – August 2013
For me the purity and simplicity of Jikiden Reiki resonated from those first few pages of Tadao Sensei’s book… I couldn’t put it down! Here at last was the Japanese simplicity and clarity I knew from learning Judo and Ikebana.  Here was Reiki… Pure Reiki and explained with precision… The complete art of holistic hand healing, I have the honour to practice and share with you.
Light on The Origins of Reiki by Tadao Yamaguchi.

Founding of the Jikiden Reiki Kenkyukai

In the late 1990’s Chiyoko Yamaguchi was visited by a number of Western Reiki Masters.  Chiyoko Yamaguchi was amazed at how so many Western Reiki Masters never actually gave Reiki treatments… That they only spent time teaching other people Reiki… And that so much had changed on its journey West from Japan.
In traditional Japanese culture, a student would never change the teachings of their teacher or try to improve things –  that would be seen as disrespectful.
Some Western teachers asked her if she could openly teach what she had learnt at those original seminars, that Hayashi Sensei had held in Ishikawa in 1938.  So Chiyoko Yamaguchi  together with her son Tadao Yamaguchi founded the Jikiden Reiki Kenkyukai or Jikiden Reiki Institute, in an attempt to bring authentic Japanese Reiki, in its original form, to the world again…
In the spring of 2000, they held the first Jikiden Reiki seminar for students in Japan.
Now Tadao Yamaguchi shares this knowledge, teaching Jikiden Reiki seminars in Japan and all over the world

Objectives of the Jikiden Reiki Institute

“Respecting my mother’s wishes, I am now aiming to integrate Reiki into effective natural therapies such as chiropractic’s, reflexology and aromatherapy.  This would make Reiki prolific, easily available and at the forefront of alternative medicine in the millennium.”  Tadao Yamaguchi

Sensei = Respected Teacher, in Japan.  It is a term bestowed on a teacher, from their students… it is not a title a teacher would refer to themselves by, it is used as a sign of respect.
In daily life it also describes someone who is teaching their art to their students… be they a doctor, a dancer, a potter or any skilled person in Japan.  The word for student = Seito; the one who is following in life…  So the teacher is passing down their skills and way of life to their student… the next generation.
The family name is used first in Japan, which is common throughout Asia.  So we should say Usui Mikao and Hayashi Chujiro … which then becomes Usui Sensei and Hayashi Sensei, this was how students in Japan would traditionally address their teachers when speaking to them, or mentioning them to someone else.
To help us distinguish between which Yamaguchi Sensei we are talking about, we say Chiyoko Sensei and Tadao Sensei … When you come to the seminars you will understand this better… We Jikiden Reiki practitioners do this with love and affection, and because we respect the great knowledge they have chosen to share with us, knowledge which so many people thought had been lost!